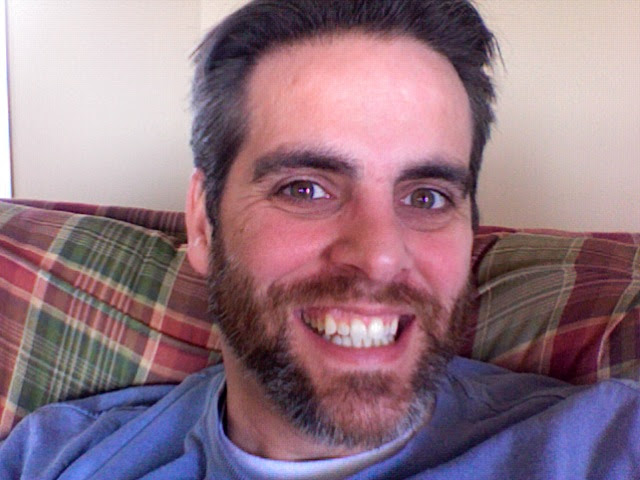 Let's be honest, I'm sick as a dog on a cruise ship, so it could be a much happier holiday. But I'm heavily medicated and crossing my fingers I make it to midnight for the big smooch from my wife, if she'll give it to me that is...

Which leads me to the picture. Many of you have seen The Today Show video and asked about the new beard. There's a story here... (isn't there always?)

About 10 years ago Kodi and I had a summit. A meeting of the minds. A fierce negotiation. We agreed that I would remain clean shaven throughout the year. Not that I have to shave every day, but as a general rule from Jan-Nov I keep myself presentable.

But sometime around Thanksgiving, depending on my public commitments, I begin to grow what we affectionately refer to as the Annual Holiday Beard. This year I wasn't able to turn the facial follicles loose until the 10th or 11th of December. So it's not as
Grizzly Adams-ish as it could be.

There you have it. Sometime in the next day or two we'll bid farewell again for another year. But we'll always have pictures :)
Posted by Jason Wright at 2:38 PM